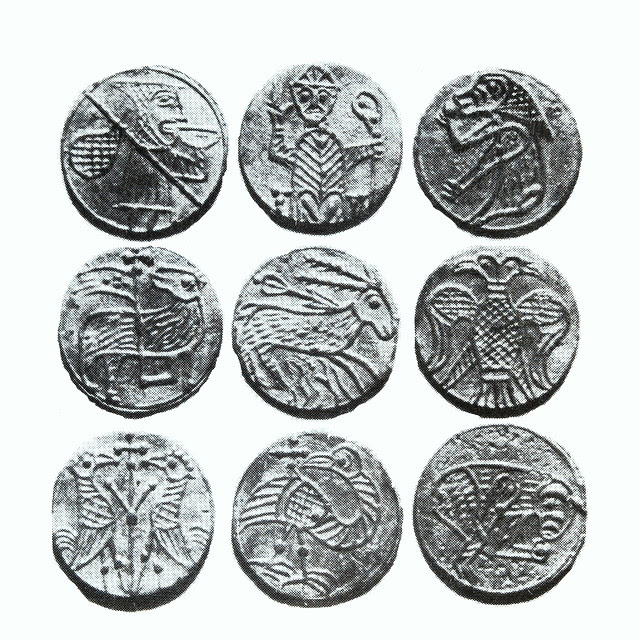 These distinctive pewter tokens were found by Brendán O’Riordáin during his archaeological excavations at Winetavern Street in Dublin. As its name suggests, this street was once famous for its taverns and it is likely that the tokens were originally used by local inn-keepers when normal coinage was scarce.

They were discovered inside a wood-lined cess-pit, where the tokens had been discarded sometime in the 13th century. They were closely clumped together, suggesting that the coins were deposited within an organic bag, possibly a leather purse or satchel (see image below). 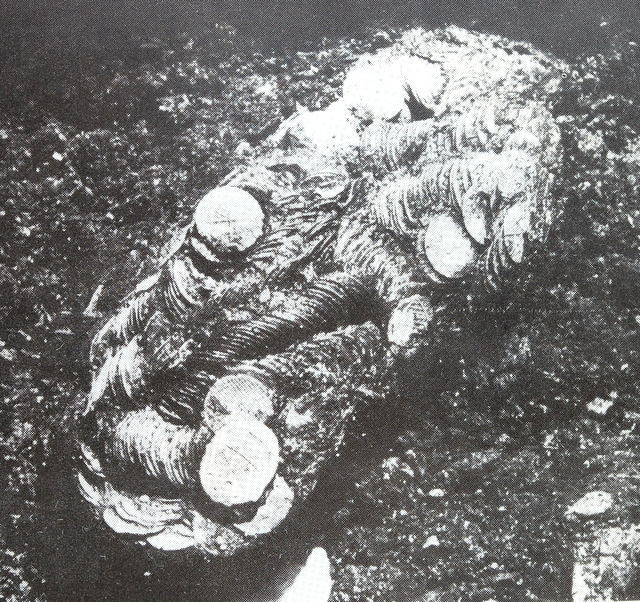 Tokens clumped together in the pit (Photo after NMI 1985, Plate 13)

In all 2,061 pewter tokens were uncovered, the majority of which contained a figure on one side, depicting either a human or an animal (an armorial device was found on the reverse). Some of the figures used included an ecclesiastic with a crozier, a pilgrim carrying a staff and drinking bowl, a bear-like animal, a deer wounded by an arrow and pairs of confronted birds.

The tokens appear to date to the period immediately proceeding the introduction of the round farthing by Edward I in 1279 AD. It is possible that pewter tokens  such as these were declared illegal  before this consignment of coins was put into circulation and this led to their disposal en masse in the pit (NMI 1985, p. 18).